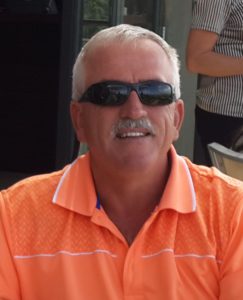 Björn grew up in Amsterdam (Netherlands) and Potchefstroom, where he finished matric and a post graduate degree in Journalism & Public Relations.

For the first 15 years of his career, he was the media spokesperson for two different public organisations, after which he moved to Cape Town and started working mostly in the wine industry.   In 2001 he started CVO Marketing Pty Ltd with his wife Cobie.

Having completed the CWA Certificate course and after many years of handling the organisation and logistics of Wine Clubs SA as well as various Wine Festivals, Björn is now seen as an expert in the Wine industry and has an extensive range of contacts ranging from wineries, to winery organisations and other decision makers.

Björn loves travelling and has a passion for golf, both of which he indulges in as often as possible.